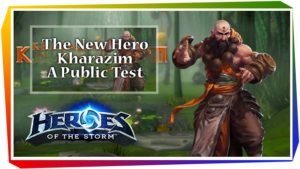 This will be a preview for the latest Heroes of the Storm hero Kharazim. We will playing in Hots PTS (Public Test Realm) and testing out the new new hero Kharazim. 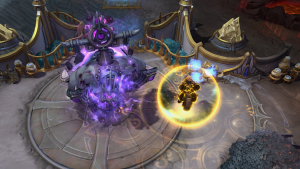 Kharazim, the Monk of Ivgorod, is an upcoming melee support hero from the Blizzard Entertainment Diablo franchise. He was previewed at Gamescom 2015. Kharazim is a mobile hero who can specialize in different paths by choosing one of three traits via his talents. Kharazim can select Iron Fists to gain bonus attack damage, Transcendence to heal himself through melee combat, or Insight to restore mana and find a balance between both offensive and defensive roles.

As the Eternal Conflict rages on, a new defender of Sanctuary prepares to enter the fray. Kharazim, Monk of Ivgorod, the first support character from the Diablo universe, will bring inner peace to his allies—and pain to his enemies. He’s a mobile melee Hero who can specialize in different paths by choosing one of three traits via his talents. Kharazim can select Iron Fists to gain bonus attack damage, Transcendence to heal himself through melee combat, or Insight to restore mana and find a balance between both offensive and defensive roles.

Sorry for a dificult start, early morning so some problems bound to happen. In this video I will be playing in Hots PTS (Public Test Realm) and testing out the new new hero Kharazim.

Radiant Dash comes in 2 charges and it is extremely useful for using this offensively while still remaining safe. Or you can simple use this to help out a hero in trouble by dashing to him and using Kharazim healing ability. You can keep 1 charge left for an escape all the time.

Kharazim dodges the two biggest problems support hero faces: Getting in range of allies in need of healing before they die, and avoiding focus fire from the enemy. Radiant dash solves both of these problems, with the added bonus of being what looks to be one of the best chase abilities in the game.

His next ability Breath of Heaven, is Kharazim’s go to heal ability. It heals in an AoE all around him, and also increases movement speed slightly.

While the heal doesn’t look like a lot, if the cool down is low enough it should provide a solid defense against AoE abilities currently dominating the meta. The move speed buff Is an interesting part of the ability, as it can be used both defensively as shown, or offensively.

I imagine Kharazim being a strong partner to Arthas, Jaina, or other heroes that excell at ganking enemies early on in the game, As movement speed is crucial in these early game situations.

The next ability is called Deadly Reach, and it looks to be the main source of damage for Kharazim players trying to build a Melee Assassin rather than a Support. The attack range and attack speed seems significant, but it probably needs the support of a slow or stun to hit an enemy with all of the strikes. 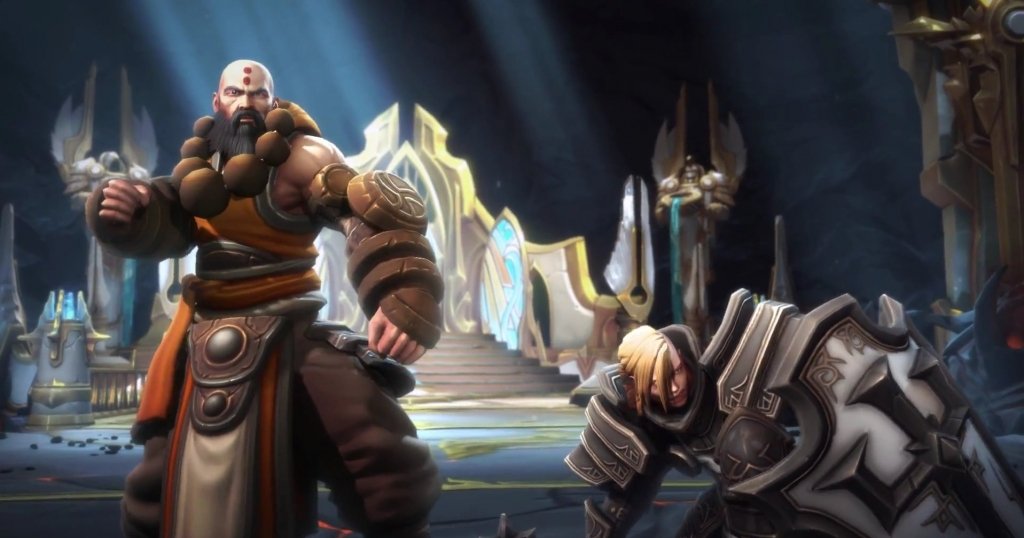 One thing is for sure, Deadly Reach allows Kharazim to get in safe bits of damage in a team fight which is an extremely useful trait in a support hero.

Kharazim’s first Heroic ability is Seven-Sided-Strike and it just reeks with style. He’s literally flexing on The Butcher in the clip and probably for good reason. It’s already been reported that the Single Target damage of seven sided-strike is about half of your Average heroes Hp, which probably means that soloing Kharazim is a very bad idea.

The ability will hit multiple targets in it’s AoE, which is a very good thing. Aoe Heroics have been historically every strong in Heroes.

And having the ability to quickly clean up a group of enemies can easily turn the tide of battle. What seems most powerful about this ability is how impossible to avoid it appears. Depending on the cool down, this heroic could easily be extremely powerful.

But what is most likely the most game changing and unique part of Kharazim is his 2nd Heroic,Divine Palm.  Divine Palm delivers a huge heal to a target that takes lethal damage while the Divine Palm buff is active. If the hero doesn’t die when this spell is used, it will do nothing.

This is similar to Rehgar’s Ancestral Healing, but different. In this case, you WANT your target to die right before you cast it, which is a skill testing element that players will fail at quite often. This also adds a new element of skill when facing Kharazim, as it teaches a sort of trigger discipline to avoid killing a low HP target if it is being Divine Palm-ed. Proper use of this spell Is what separates the all star supports from everyone else, and I suspect to see this heroic often in competitive play.

This review is writen by http://www.gosugamers.net