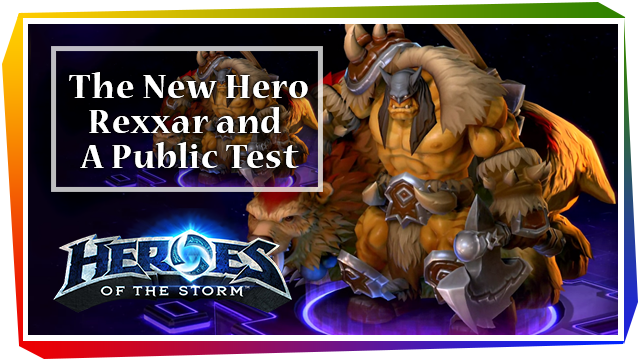 Today we are doing the new Heroes of the Storm heroe Rexxar and Misha preview video and we are going threw all of his new talents and skills. My first impressions on the character.

Rexxar, the Champion of the Horde, is a half-ogre, half-orc beastmaster of the Mok’Nathal clan, and is the first ranged Warrior to wander into the Nexus.

Players who choose to hunt by Rexxar’s side in the Nexus will find a Warrior like no other. Rexxar’s trait is Misha, his loyal bear companion who will fight with you and distract enemies while you throw your axes from safety. Use Spirit Swoop to slow all enemies in a line and set up a charge from Misha who will stun any enemy she hits. If your faithful friend gets low on health, Mend Pet will make sure she’s ready to get back into the action.

To make Misha more terrifying, choose Bestial Wrath as your Heroic to give her increased attack damage and make her a force to be reckoned with. If you prefer to play a more team oriented style, Unleash the Boars will create a horde of boars to hunt down enemy Heroes and slow them to bring the advantage to your allies.

Keep a keen eye on Rexxar’s Hero Page and spotlight video to get an even more in-depth look at this ferocious hero’s abilities!